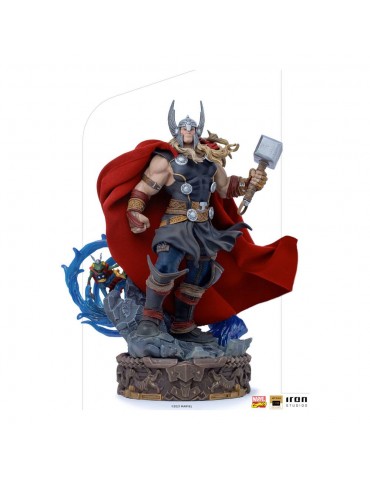 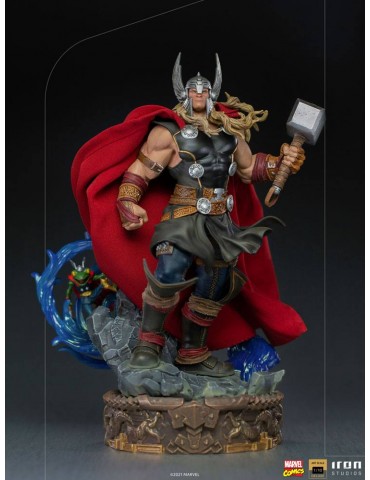 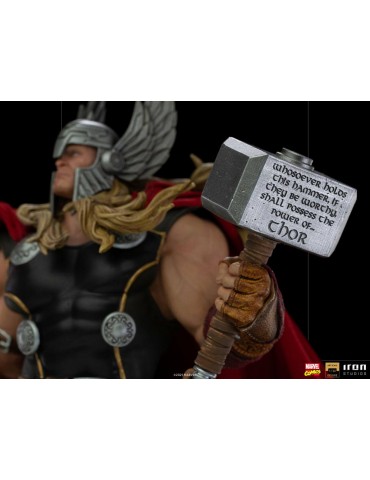 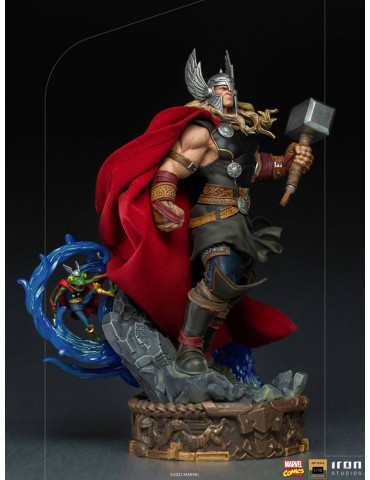 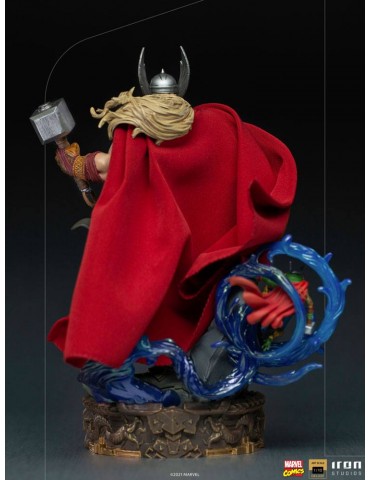 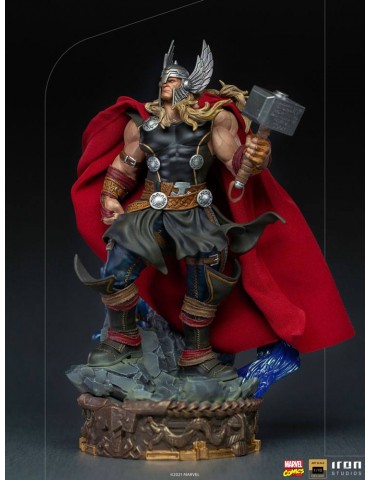 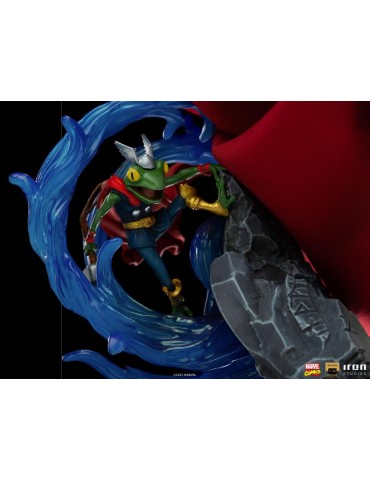 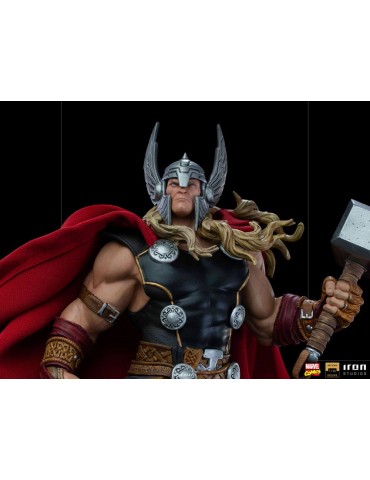 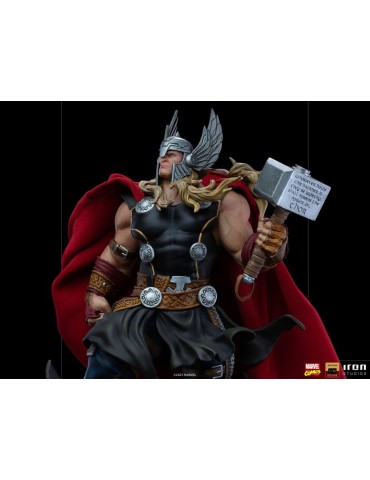 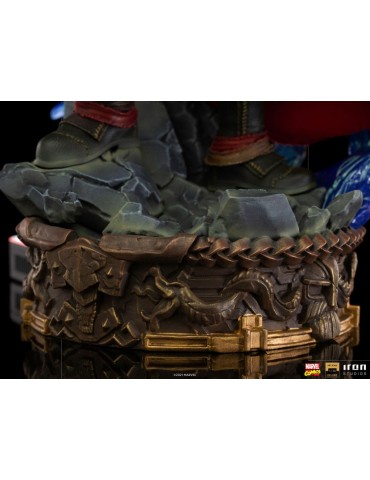 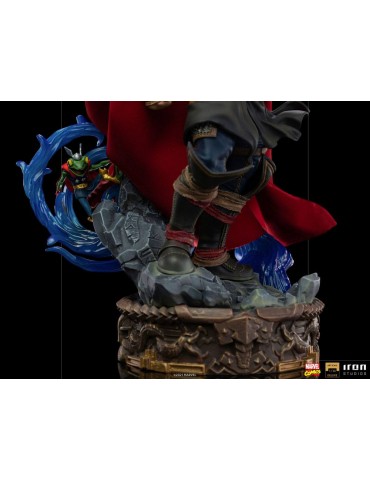 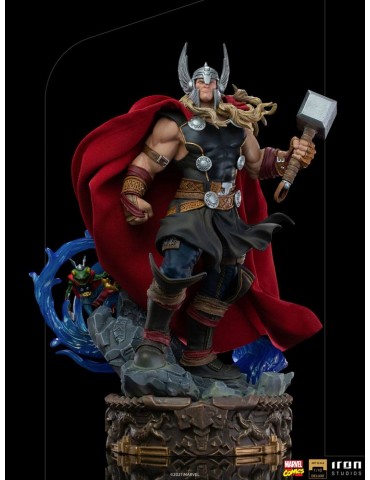 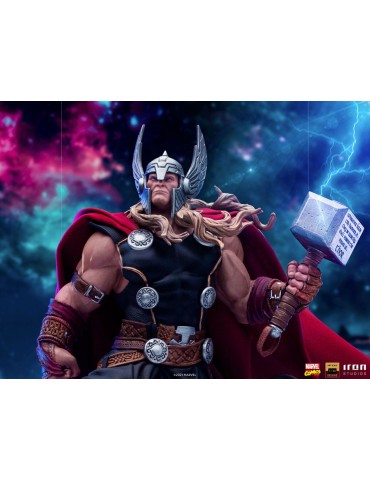 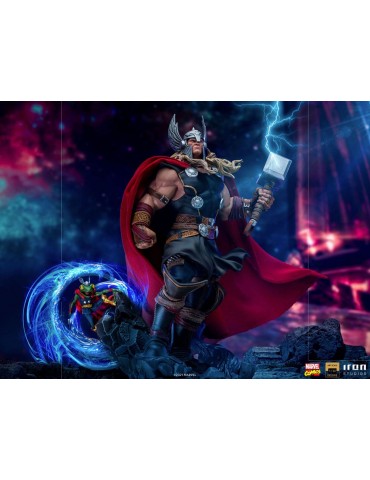 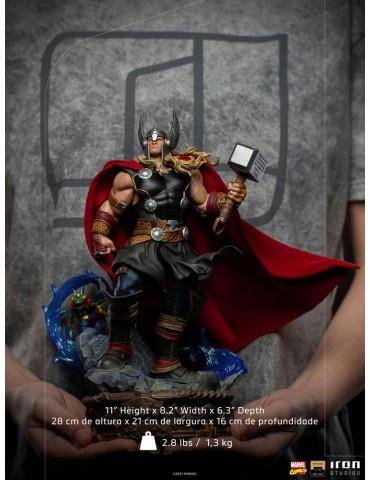 Created with extreme care and attention, rigorously faithful to the smallest details to achieve maximum prominence in the collection, Iron Studios proudly presents its first statue in the high-quality line, Unleashed Deluxe Art Scale. This new line elevates the scale 1/10 to a new standard of excellence never seen before in a figure of these proportions.

The base of the statue is full of details, such as stones and Nordic runes, the original symbol of the hammer Mjölnir, as in Viking culture depicted around the base. There is also an image of the giant snake that surrounds the world, Jormungand, and a warrior's face, with a texture reminiscent of wood carvings. The statue, "Thor Unleashed Deluxe - Art Scale 1/10 - Marvel Comics - Iron Studios", features the imposing Thunder God, leaning on the cracked rocks of a battlefield and wielding his mystic hammer with the inscriptions of the enchantments created by his father, Odin. Next to him is the blue energy effect that simulates an open dimensional portal, which reveals the peculiar small figure of Throg, the variant version of the hero in the form of a frog, holding his Frogjolnir hammer, a miniature version created from a sliver of Mjolnir. Meticulously detailed in the textures of his costume, in the sewings and adornments, the statue has a red cape made of fabric with inlaid wires for an even more realistic and dynamic shape.

Chosen by the public through a poll as the first Marvel character in the line, Thor Unleashed Deluxe presents the Thunder God in a stylized format, inspired by the hero's most contemporary comics, with a rustic visual aspect, influenced even more by Nordic culture.

Created by Jack Kirby and Stan Lee in 1962, Thor is the prince of Asgard, a world from a parallel dimension above Earth. Son of Odin, he was arrogant and impulsive so that he could learn the virtue of humility he was sent to Earth as a human by his father, without the memories of his origin. As soon as he completed his mission on Earth, he would have his powers and memory back. Thor is one of the founding members of the Avengers and one of Marvel's most powerful heroes.

IS12841
keyboard_arrow_up
Filter By