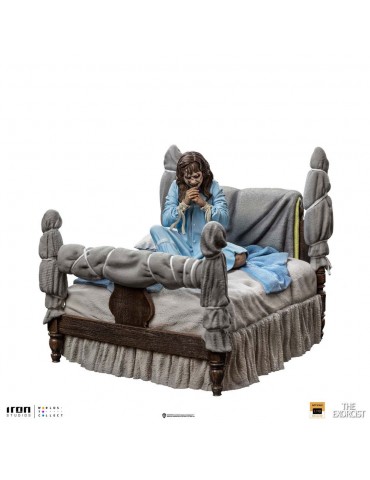 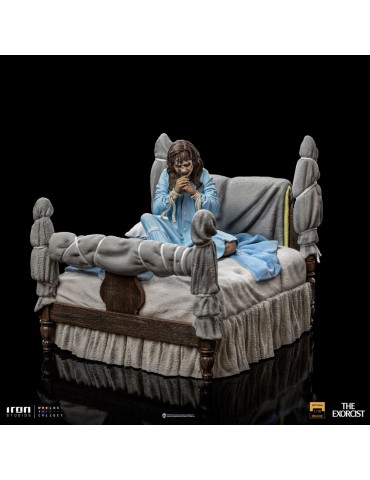 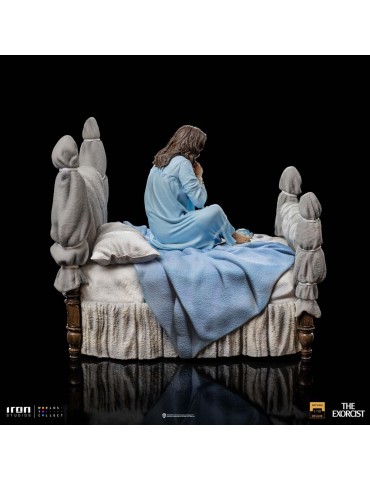 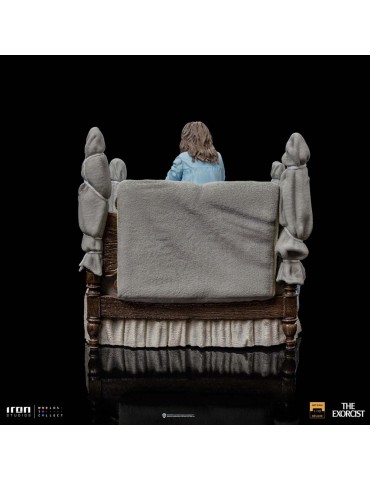 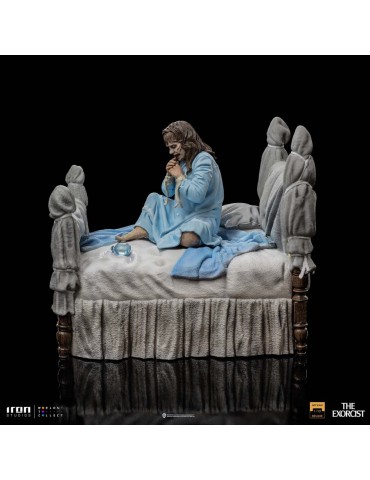 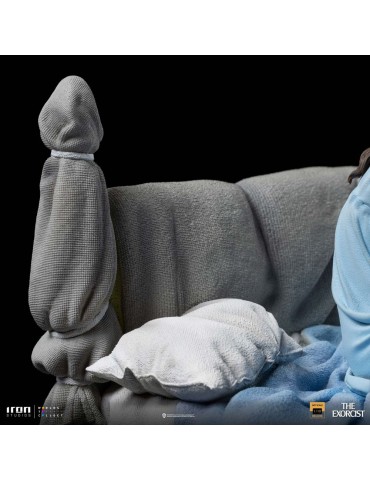 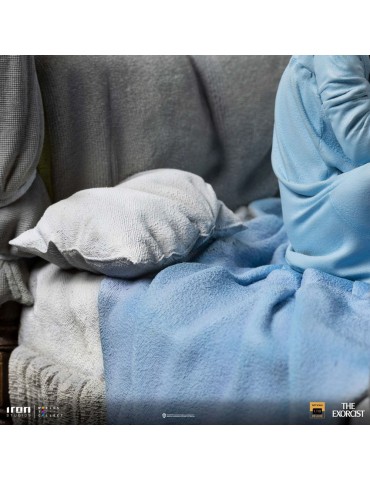 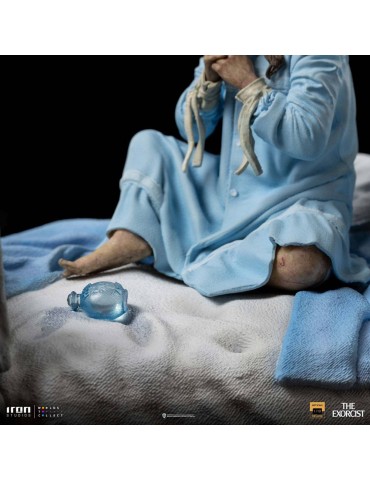 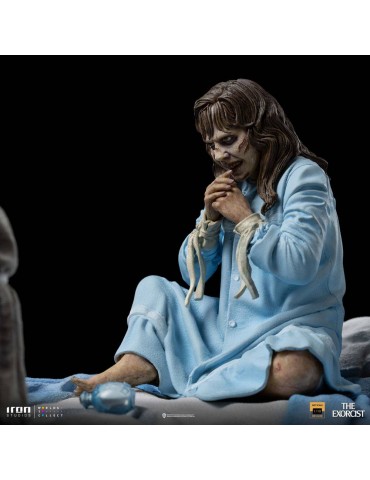 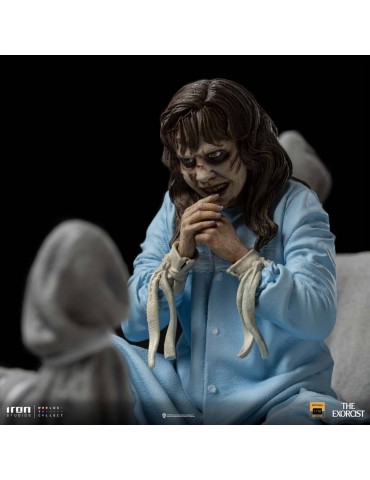 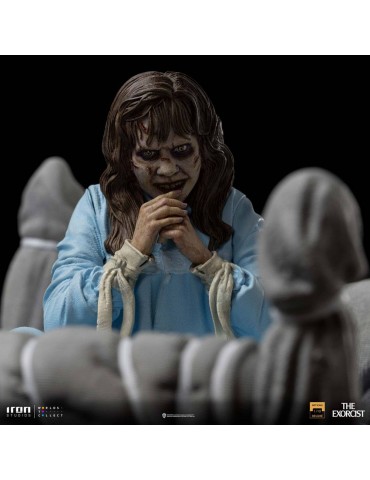 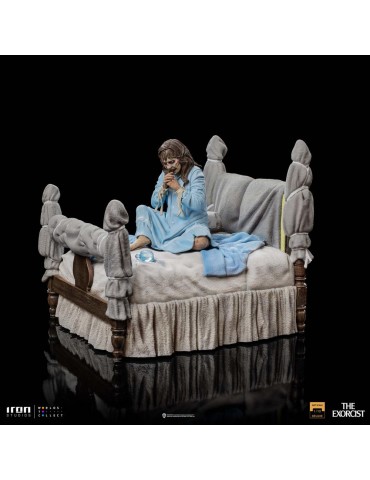 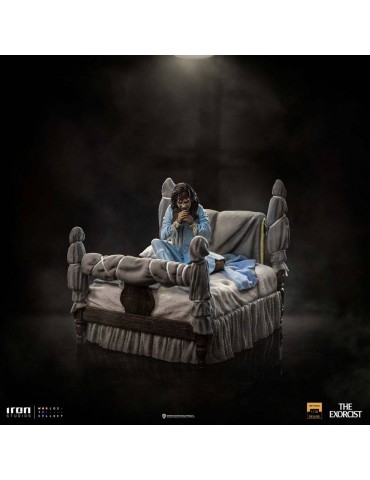 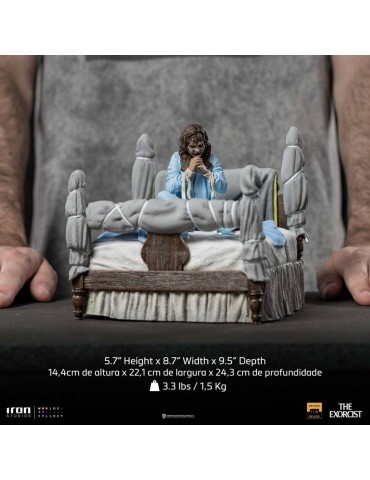 Trapped inside her room in a big house located in Georgetown, a historical neighborhood in the Northwest of Washington, in the U.S., over an old couple bed with padded headboard and footboard to protect its occupant, a demonic evil entity possesses the body of a preteen girl, turning her physically distorted with her body covered in wounds. Seating with a malicious and unhuman countenance, all that the diabolic spirit that lives in her body wishes for is to cause the death of its innocent host. Considered by many as the most terrifying movie of all times, Iron Studios present their statue "Possessed Regan McNeil Deluxe - The Exorcist - Art Scale 1/10", with the possessed protagonist from "The Exorcist", one of the greatest horror films ever done, celebrating its 50-year-anniversary of causing shivers of fear and horror in many generations.

Portraying in detail the bed from the set, with thorough care to the frightening demonic face of Regan, played by actress Linda Blair, the statue produced based on the original references by Iron Studios expands their collection derivative from the biggest horror classics from cinema. Presented on the Inside Iron Studios Day of November, the monthly show on the official Iron Studios' YouTube channel, Possessed Regan McNeil Deluxe is already available for Pre-Order. Soon more news from other legendary horror classics immortalized in detailed and precise statues by Iron Studios.

IS95275
keyboard_arrow_up
Filter By